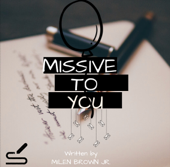 Michael Ruhlman cookbook: Rare is the cookbook that redefines how we cook. And rare is the author who can do so with the ease and expertise of acclaimed writer and culinary authority Michael Ruhlman. Ruhlman's Twenty distills Michael Ruhlman's decades of cooking, writing, and working with the world's greatest chefs into twenty essential ideas—from ingredients to processes to attitude—that are guaranteed to make every cook more accomplished.

Learn Michael Ruhlman's twenty key cooking concepts: Whether cooking a multi-course meal, the juiciest roast chicken, or just some really good scrambled eggs; Ruhlman reveals how a cook's success boils down to the same twenty concepts. With the illuminating expertise that has made him one of the most esteemed food journalists, Michael Ruhlman explains the hows and whys of each concept and reinforces those discoveries through 100 recipes for everything from soups to desserts.

A game-changing James Beard Award winning cookbook: Ruhlman's Twenty shows you how he does it in over 300 photographs. Cooks of all levels will revel in Michael Ruhlman s game-changing Twenty. 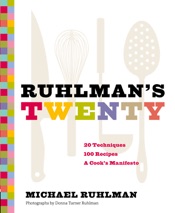